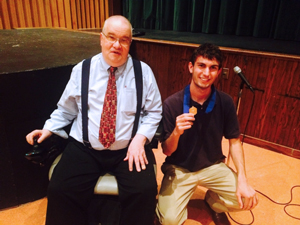 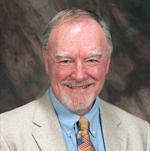 Teaching is a demanding occupation; being dedicated to younger generations, taking them on paths of learning and discovery, is good, rewarding, and important work. As the thirtieth anniversary of the Challenger disaster recently dominated the news, the inspirational words of Christa McAuliffe, “I touch the future. I teach,” once again impacted educators and students around the world as it dignified a profession often maligned. All of us look back on our school years and point to a teacher or two who inspired us, believed in us, demanded much of us, cared for us. It is in that vein that NEHS is proud to inaugurate in 2016 the John L. Manear Outstanding Advisor Award.

John Manear is an English teacher in the Diocesan Schools of Pittsburgh, PA. Making that statement, while accurate, is hardly indicative of Manear’s career. John is in his 51st year as an Educator, with a capital “E,” in Pittsburgh—an amazing accomplishment. One finds it difficult to calculate the number of students John has taught, the number of meetings he’s attended, the array of lesson plans he’s crafted, the number of papers he has evaluated, and, most importantly, the number of lives he’s touched. Yet he perseveres, called to the noblest aspects of the career. In addition to his dedication to students as their scholarly mentor, John has actively engaged in professional organizations, immersing himself in leadership roles with the National Council of Teachers of English and the Western Pennsylvania Council of Teachers of English. Since 1977 he has served as the Secondary English/Language Arts Coordinator for the Diocese of Pittsburgh. In 2003 he willingly became a founding member of National English Honor Society Advisory Council, a position he continues to hold.

As the idea of creating this new Advisor award took shape, it quickly became apparent that it should be named for this dedicated educator, a man who steadfastly has embraced and modeled the very best of the teaching profession. With typical modesty, John initially made light of the idea, but has since graciously agreed to have his name affixed to the honor.

All NEHS Advisors who have served in that capacity for a minimum of three consecutive years are eligible for nomination. The person selected each year will receive a $500 cash award, a plaque, and will be featured in NEHS publications. Two additional awards of $250 will be available for Advisors who are selected as runners-up. The deadline for receipt of the nominations is April 1, 2016. We look forward to the opportunity to honor dedicated, professional educators who have shown a willingness to do even more for their students as Advisors of National English Honor Society.

Visit the NEHS website for more information and details of the nomination process for the John L. Manear Outstanding Advisor Award. 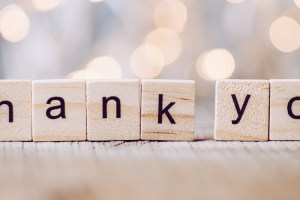 A Note of Gratitude 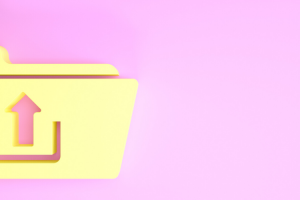 Save Time with Enrollment Bulk Upload 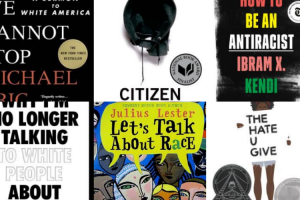