As the guests settled into their seats in the auditorium and the lights dimmed, the program began. The event opened with a recitation of the Black National Anthem. Following the anthem and an opening by an English teacher, Tilly Blanding, a local community leader, sang Wade in the Water, and encouraged the audience to sing along as well. Her voice rang through the auditorium and settled in our ears. Shortly after her beautiful performance, the Broad Run’s Step Team, Triumphant, danced grandly. Each step filled the air with empowerment. Each call impressed the audience. They were truly stellar. 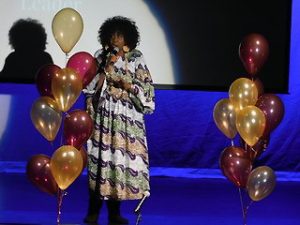 Mrs. Michele Evans, the coordinator for the event and an English teacher at Broad Run, introduced the main guest speaker, Brooke C. Obie. Obie began by talking about her journey. As a child, she craved for the praise of those around her. She wanted to do something amazing, so that she could leave a positive influence on society. She decided to become the first female, African-American Supreme Court Justice. She would eventually go to law school at Mercer University where she was the Eleventh Circuit Survey Editor for the Mercer Law Review. Obie mentioned that while she was at Mercer University, she worked on the defense team for several cases, including the US vs. Harris case. Obie said that while working on those cases, she realized that this wasn’t the way she wanted to change the world. She would eventually come upon writing fiction again after a long time. Obie read a few pages of her book, Book of Addis: Cradled Embers, to the audience. Her words resounded within the auditorium as we were brought into the world of Addis. Those few pages left us wanting more of the empowering book about a girl escaping her enslaver.

The program then transitioned so students and teachers could share their original pieces, and the work of some African-Americans whom they enjoy. There were poems, musical performances, and excerpts from books—all of which were amazing. The students and teachers truly displayed their emotions during the entire program. Finally, the event ended the way it began with the Broad Run chorus singing Wade in the Water.

It was an outstanding night. Voices echoed throughout the auditorium as the students and staff painted beautiful, and vivid images into our minds. The food, which was served after the program, melted into our mouths leaving us craving more. That night, tears and laughter roamed the halls of Broad Run. 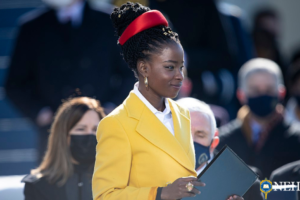 Black History Month: Using Your Voice is a Political Choice 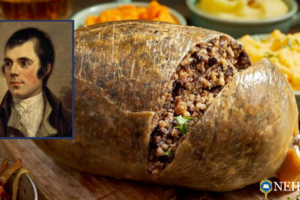 Burns Night: A Celebration of Scottish Poetry and Prose 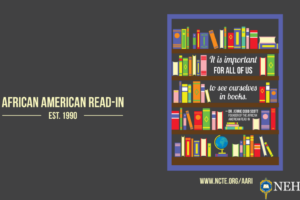 Prepare for the African American Read-In 2023