Members of the NEHS Advisory Council, joined by NEHS Advisors from Texas, have just finished promoting the Society at the annual convention of National Council of Teachers of English (NCTE). Some highlights of our time include meeting current Advisors from many parts of the country who stopped by our exhibit booth sharing their stories about NEHS; meeting an enthusiastic student member of NEHS attending the convention and witnessing her excitement to revel in the academic world of English as she meet authors, collected books, and attended sessions; and sharing our pride in NEHS with others who were just learning of the organization, many of whom will soon be submitting charter applications for membership.

One of the most special moments, however, was the opportunity to have a moving and heart-warming conversation with the librarian from Marjory Stoneman Douglas High School in Parkland, FL, the scene of such tragedy in the recent past. The NCTE Convention theme was “Raising Student Voice,” a theme that so fittingly describes the students and educators from Parkland who have used their voices so eloquently and forcefully in the past year. The educator we met from Stoneman Douglas spoke eloquently of the courage displayed by students, the inspiration they gave (and continue to give) to so many, and the power of voice to make a difference in the world. 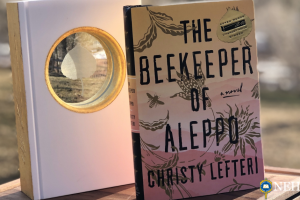