Censorship: the suppression or prohibition of any parts of books, films, news, etc., that are considered obscene, politically unacceptable, or a threat to security.

In today’s current political climate, the word “censor” is quite loaded. What can be censored? What should be censored? The answers to these questions have changed drastically, even just in recent years. Banned Books Week celebrates the overturning of heavy censorship for numerous topics. Some of the novels once labeled as “banned” are now considered some of the most renowned works. Maya Angelou‘s autobiographical I Know Why the Caged Bird Sings; Harper Lee‘s To Kill A Mockingbird; William Golding‘s Lord of the Flies; and, appropriate for today’s social climate, George Orwell‘s 1984 are all works that previously have been contested and banned. My high school’s English curriculum exposed its students to each one of these previously banned works. If these novels contain such graphic or politically unacceptable content, why are they currently being taught in schools? Censorship is still a huge factor, and occasionally, obstacle, in the way we as a society receive information. I recently saw a meme that connected this to Banned Books Week. As we are all aware, social media, news stations, etc., are all current sources for information; however, the validity of such sources is certainly questionable. What is being withheld? What information is faulty or inaccurate? What sources should we trust? These are all questions with which we are faced during the current pandemic and other happenings in society. If books can be contested and banned after publication because of content deemed “inappropriate,” how does this translate to the media? Orwell’s 1984, as referenced in the meme above, has been repeatedly challenged and banned for its social and political themes, one of which being the dangers of media censorship. While Orwell’s dystopian society seems theoretical to readers, its message against media censorship is quite real. It is easy to be objective when evaluating the world created in 1984; however, objectivity becomes something not easily obtained when pieces of that world become part of our own. The Thought Police are a physical representation of monitoring and controlling the beliefs of citizens. Similarly, media censorship provides an avenue for restriction of information. Today, we rely heavily on media to aid in making educated, well-informed choices regarding health, education, and leadership. In order to successfully make these choices, evaluation of sources and information is essential. Orwell said, “Power is in tearing human minds to pieces and putting them together again in shapes of your own choosing.” It is easy to think of this quote as applicable to a fictional, dystopian society. It is much more difficult to consider it as something our society must resist. 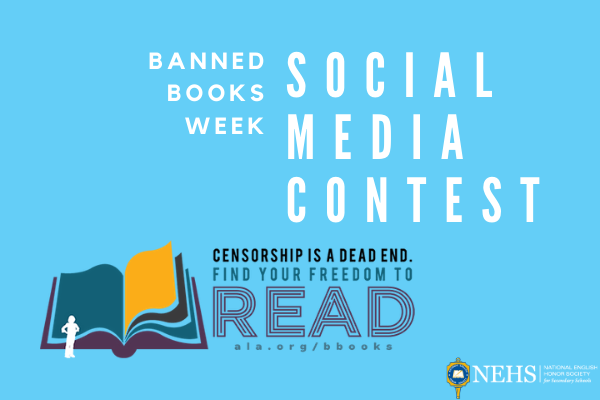 The contest will run from Sunday, September 27-Saturday, October 3. Everyone who participates during this time frame will be entered in a drawing to win one of three $25 Amazon gift cards. A $45 Amazon gift card also will be awarded for the best overall post.

Don’t Burn the Books
How Old is Holden Caulfield?: Censoring a Teenage Narrator in an Adult Book from Teenage Eyes
Why Books Depicting Violence are Important
Banned Books: Stand Up for What Moves You
Banned Books: Symbols of Positive Ideological Shifts
What Intellectual Freedom Is—And Why and How We Ought to Preserve It
Adventurous Thinking: Fostering Students’ Rights to Read and Write in Secondary ELA Classrooms
NCTE Intellectual Freedom Center
Rationales for Classroom Texts 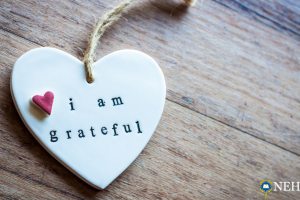 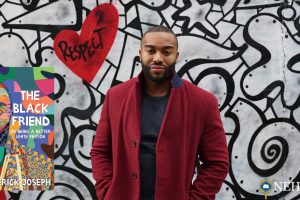 Coming of Age in 2020: A Special Multimedia Contest for Teenagers in the US
2020 Banned Books Week Social Media Contest