Diane Steinberg, President of Sigma Tau Delta, the sponsoring partner of NEHS, has issued this statement on racism on behalf of the the full organization.
Sigma Tau Delta is rooted in storytelling and in the value of stories to help us understand ourselves and our society. If mathematicians see the world in numbers, we see it in narratives. Even when the world is awash in a grave political crisis, we turn to literary traditions as a source of wisdom to guide our hearts and minds.

Our commitment to literature as a means of understanding the world, its people, and our history is ongoing. Sigma Tau Delta supports black writers, artists, students, and educators, and we continue to read, study, share, appreciate, and write about literature in which black writers share their own lived experiences with the world. Sigma Tau Delta, in its continued commitment to literature and to the lives revealed and illuminated through stories, affirms the importance of human lives and stories. We affirm the right of people to speak out in support of their own human lives and the lives of others, and to tell the stories of the atrocities visited on themselves and others. We utterly repudiate the notion that any class, group, or individual is above the law and not to be investigated, brought to justice, and punished when they break those laws.

Sigma Tau Delta’s raison d’etre is not politics, or American history, or economics, so some might argue that we do not need to issue a statement on the current political crisis through which our nation is deeply suffering. We would argue, however, that Sigma Tau Delta is concerned with literature and language and thus with every aspect of human lives. How do we understand our forebears? We understand them through listening to the stories of their lives. How do we understand where we have come from as a society? By looking at the narrative arc of our lives and our communities.

Ta’Nehisi Coates frames his work Between the World and Me as a letter to his young son, recognizing that the world into which his son stepped would be a dangerous place. In words that anticipate the horror of recent events, he tells his son, “But all our phrasing—race relations, racial chasm, racial justice, racial profiling, white privilege, even white supremacy—serves to obscure that racism is a visceral experience, that it dislodges brains, blocks airways, rips muscle, extracts organs, cracks bones, breaks teeth. You must never look away from this. You must always remember that the sociology, the history, the economics, the graphs, the charts, the regressions all land, with great violence, upon the body.” In reminding his son, Coates also teaches his non-black readers lessons they must be ready for about the bodily harm that racism can—does—do in our society. A work of fiction can show us truths that numbers, data, economic analyses, and historical dates miss. Written words can galvanize people to act against injustice and to demand social change.

Readers are advantaged over nonreaders in that our reading can help us come to great moral truths. As the literary canon has opened to include Phillis Wheatley, Frederick Douglass, Harriet Jacobs, Langston Hughes, Maya Angelou, James Baldwin, Toni Morrison, Ta-Nehisi Coates, Colson Whitehead, and many others, we should not be still questioning one of  literature’s great moral illuminations: Black Lives Matter. All the time. Everywhere.

Want to learn more about the Black Lives Matter movement? Check out this essay from Vogue, this list of reading materials from Powell’s Bookstore, or this list from the New York Times. Knowledge is power. Diane Vanner Steinberg
President, on behalf of the Sigma Tau Delta Board of Directors 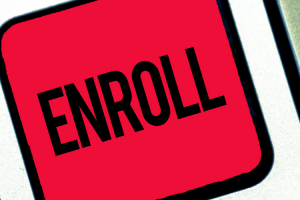