In awarding the 2016-2017 NEHS Outstanding Chapter Award to the Best-Shirey-Little Chapter from Sullivan High School (SHS) in Sullivan, IL, an idea for a new blog series was born. Many new chapters simply name themselves after their school or mascot, yet some go above and beyond, choosing fun, creative, and meaningful names that will help their chapter stand out in the years to come. The SHS chapter certainly falls into this second category, which pushed NEHS Director Dave Wendelin to inquire about the story behind their chapter’s name. Cami Badman, Advisor for the SHS chapter, shared the following, which we present as the first entry in the new What’s in a Name series.

The Best-Shirey-Little Chapter is named after four people.

“Best” honors Robert and Marion Best, who owned and edited the Sullivan News-Progress until their deaths. In support of journalism, they published The SHS Signal for many years free of charge and actually allowed us in the early days to do all of the layout at their business. They were very committed not only to journalism education but also to the schools in general. Their son and daughter continue to support all of the schools in Sullivan today. Our chapter contains their name to honor their support of journalistic writing through The SHS Signal and their support of our schools in the News-Progress.

The “Shirey” comes from honoring Dorman “Mush” Shirey, a graduate of SHS in the 1930s/40s. A World War II veteran, Mush was an SHS football player and a gifted poet. He was well known for reciting his own memorized poems to people throughout Sullivan, and they were very well written. He also collected sports cards and gave books of them to young men and jewelry boxes with jewelry in them, which he gave to young women. He came to school and shared his poetry and WWII experiences with students. Our chapter contains his name to honor his gift of writing and his support of writing and kids in Sullivan.

Finally, we honor Guy S. Little, Jr., who was a great supporter of theater arts through his Little Theater on the Square and through the high school. The son of an English teacher, Mr. Little was very supportive of students performing Shakespeare at his theater and supported countless actresses and actors from Sullivan and all over the US. He was instrumental in bringing live, professional theater to Central Illinois and his name is a part of our chapter name to honor him and his commitment to theater arts in Sullivan. 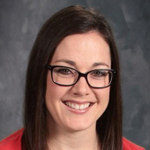 What’s in a Name?

As this chapter demonstrates, so much as they honor individuals from their community. Does your chapter have a fun, creative, and meaningful name? Share your chapter name’s story with us to be featured in the new What’s in a Name blog series on NEHS Museletter! Please email Dave Wendelin to share your story. 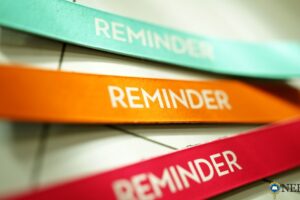 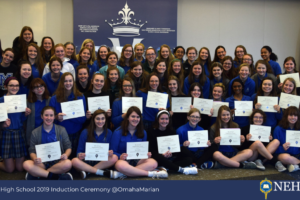 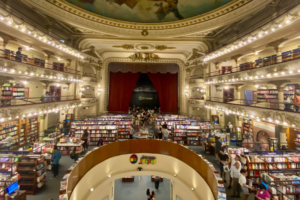